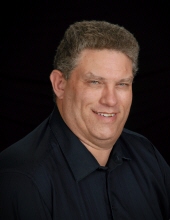 56 of Mooresville passed away on October 31, 2022, at St. Francis Hospital in Indianapolis. Brian was born on April 16, 1966 in Indianapolis, Indiana to Myron F. Cassidy and Christina (Broadstreet) Cassidy.

He was a member of St. Thomas More Catholic Church in Mooresville, Johnson County Radio Control Flyers Club, as well as being an ASA National Championship Softball Umpire, a IHSAA Football Official and volunteered for the Indianapolis Air Show for 14 years. He will be missed by his loving family and many friends.

He was preceded in death by his father, Myron F. Cassidy; grandparents Harold and Edna Broadstreet and Fred and Florence Cassidy; uncle Tom Cassidy as well as many other aunts, uncles and cousins.

Visitation will be Monday, November 7th from 4 to 8 pm, at Carlisle Branson Funeral Service & Crematory, Mooresville. The Mass of Christian Burial will be celebrated at 11:00am Tuesday, November 8th at St. Thomas More Catholic Church, with additional visitation from 10:15am until 11:00am Tuesday, prior to the Mass. Inurnment will follow the services in White Lick Cemetery.

To order memorial trees or send flowers to the family in memory of Brian T. Cassidy, please visit our flower store.