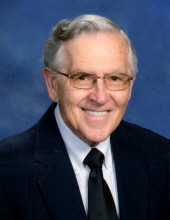 Dennis worked for a division of Harsco Corporation in Pennsylvania for 42 years, and most recently DTE. He was a national EMT instructor and taught at Butler Community College in Butler, Pennsylvania. He was a volunteer fireman, Director of the Saxonburg Museum and Cooper Hall, and served on the Borough Council Board in Saxonburg, PA.

Dennis served on the Mooresville Council Board. He attended The First United Methodist Church, Mooresville.

Preceding him in death are his parents, Floyd and Pauline Chambers.

To order memorial trees or send flowers to the family in memory of Bruce "Dennis" Chambers, please visit our flower store.