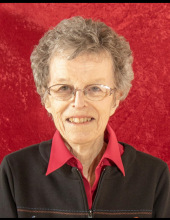 Beth graduated from Martinsville (IL) High School in 1949 and earned a Language Arts and Library Science Degree from the former Indiana State Teachers’ College, now Indiana State University. She was a member of the Zeta Tau Alpha Sorority and Alpha Beta Alpha Library Fraternity. Beth taught from 1953-1955 at Mooresville High School. She was also the owner of Jack & Jill Children’s Shop and co-owned Hensley Coal & Oil with Maurice for many years.

Beth was a member of First Christian Church (Disciples of Christ) Mooresville since 1955. She was affectionately known as “Beth on Tuesday” at the Mooresville Public Library, where she was a dedicated volunteer since 1987. She appropriately earned the title of Cardboard Artist and Decorator for her very creative talent. Beth’s friends and family are better for having known her. She will be fondly remembered.

In addition to her parents and Maurice, she was preceded in death by a sister, (Marilyn) June Atkins.

Friends and family will gather to remember Beth’s life Friday, November 11, 2022, 4 to 7 p.m., at the Carlisle – Branson Funeral Service & Crematory, Mooresville. The funeral service will begin at 11 a.m., Saturday, November 12, 2022, at the funeral home. Burial will be in the Mooresville Cemetery. Memorial contributions may be made to the Mooresville Public Library; envelopes will be available at the funeral home. Visit www.CarlisleBranson.com to share a favorite memory or to sign the online guest registry.

To order memorial trees or send flowers to the family in memory of (Carolee) Beth Hensley , please visit our flower store.