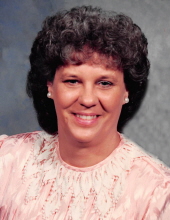 Carolyn loved her family and put great pride in taking care of them. She is well known to have a very well kept home. Carolyn is going to be greatly missed by her loving family and friends.

In addition to her parents, she was preceded in death by her siblings, Gilbert Pounds, Conrad Pounds, and Sondra Wirthwein.

Friends and family will gather to celebrate the life of Carolyn Sue Fay Wednesday, March 24, 2021, 5 to 7 p.m., at the Carlisle – Branson Funeral Service & Crematory, Mooresville; memorial service will begin at 7:00 p.m. Inurnment will be at Sunset Hill Cemetery, Rockport, Indiana, at a later date. Visit www.CarlisleBranson.com to share a favorite memory or to sign the online guest registry.

To order memorial trees or send flowers to the family in memory of Carolyn Sue Fay, please visit our flower store.