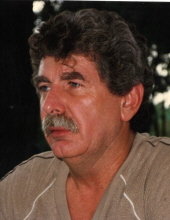 Chuck had worked many years as body shop manager until retiring in 2003. He was known as a hardworking man, who always put his family first. He had a joy in watching anything that had a need for speed such as NASCAR, drag boats, motorcycles, snowmobiles, etc. Chuck also enjoyed to watch football and basketball. Chuck had a great sense of humor; he always like to have fun telling a joke or sharing a great story. He will be greatly missed by his loving family and friends.

In addition to his parents, he was preceded in death by his son, Charles A. “Chuck” Becker, Jr.; brother, William Becker; grandson, Brock; and son-in-law, John Riley.

Visitation will be Tuesday, 5 to 8p.m., September 15, 2020, at Carlisle - Branson Funeral Service & Crematory. The funeral service will begin at 1 p.m., September 16, 2020, at the funeral home. Burial will follow at the West Newton Cemetery, West Newton, Indiana. Visit www.CarlisleBranson.com to share a favorite memory or to sign the online guest registry.

To order memorial trees or send flowers to the family in memory of Charles Albert "Chuck" Becker, please visit our flower store.