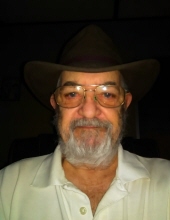 He graduated from Bicknell High School in 1953 and proudly served in the United States Army. He worked as a tree trimmer before beginning a career in the construction industry building bridges. Cleatis was a member of the Carpenters’ Local Union 301. He was an avid fisher, golfer, and hunter. He also was an accomplished woodworker. Although he was small in stature, his mighty personality will always be remembered and cherished by his loving family.

In addition to his parents, he was preceded in death by a brother, William Lloyd.

According to Cleatis’ wishes, formal services will not be observed. The family will gather privately at the Carlisle – Branson Funeral Service & Crematory, Mooresville. Visit www.CarlisleBranson.com to share a favorite memory or to sign the online guest registry.

To order memorial trees or send flowers to the family in memory of Cleatis R. Lloyd, please visit our flower store.