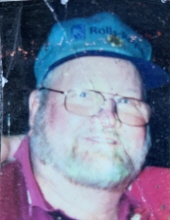 He was a graduate of Monrovia High School and served in the U.S. Army during the Korean War. He spent most of his life in Mooresville and was a member of the Veterans of Foreign Wars Post #1111 and American Legion Post #103, where he had many friends.

He worked as a Millwright for National Starch for 43 years. He loved gardening, canning vegetables, cooking, watching western movies and he was good at fixing anything that was broke.

In addition to his parents, he was also preceded in death by brothers Chester Jr., Bud, Billy Hammer; sisters Lois Williams, Bertha Leak and Norma Held.

Per Don’s wishes, he will be cremated, and no formal services will be held at this time. A celebration of Don’s life will take place at a later date.

To order memorial trees or send flowers to the family in memory of Don C. Hammer, please visit our flower store.