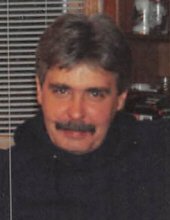 Doyle Gene "Bud" Wilson
68, of Martinsville, passed away on January 27, 2021 at I.U. Hospice House in Bloomington. Doyle was born on December 12, 1952 in Martinsville, IN to the late Edward and Martha Jean (Henry) Wilson.

Doyle worked in maintenance for the State of Indiana for many years before retiring. He enjoyed music and playing his guitar, fishing and tinkering on cars in his younger years.
He is survived by his sons Brad Wilson, Dustin Wilson; brothers Danny Wilson, Charles Wilson, Ronnie Wilson; sister Audrey Baire and several grandchildren.

A celebration of Doyle’s life will be held at a later date, once conditions allow family and friends to safely gather once again.

To order memorial trees or send flowers to the family in memory of Doyle Gene "Bud" Wilson, please visit our flower store.