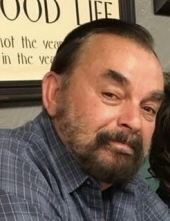 Edward L. Fletcher
72, of Plainfield, passed away on December 8, 2021 at his home, surrounded by his family. Edward was born on July 1, 1949 in Baltimore, Maryland to the late Dewey and Geneva (Stidham) Fletcher.

Edward was a graduate of Mooresville High School. He worked in stores and inventory for U.S. Airways for 38 years, before retiring. He also worked for the Indiana Women’s Prison for 8 years, before retiring a second time. He was a member of the Plainfield Eagles Lodge #3207 and the American Legion Post #145.

The family is hosting a celebration of Edward’s life that will take place on Sunday, December 12th at 4:30pm at the Plainfield Eagle’s Lodge 5556 US-40, Plainfield, IN 46168.

To order memorial trees or send flowers to the family in memory of Edward L. Fletcher, please visit our flower store.