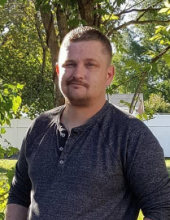 After turning seventeen, Franklin served the nation as a member of the United States Army. Briefly stationed in Baumholder, Germany, during the late 1990s, Franklin often recounted the privilege of being in Germany on the tenth anniversary of the fall of the Berlin Wall. His time spent aboard gave him a passion for traveling and appreciating new places through their food. Franklin had a passion for replicating local dishes or putting his unique style on a recipe made from scratch. He took pride in using his creative ingenuity by using whatever ingredients he had on hand. Franklin's happiest times were spent cooking with his two daughters Makayla and Makenna. His girls were the love of his life, and he always had a way of highlighting their accomplishments to everyone he met.

Franklin spent most of his life working as a Journey Electrician. He worked on several major construction builds, including numerous solar fields throughout Arizona. Franklin often used his mechanical skills to help his family and friends by fixing up their vehicles or completing projects for those in need. He will be greatly missed by all who loved him.

Final arrangements are entrusted to Carlisle-Branson Funeral Service and Crematory. Visit www.carlislebranson.com to share a favorite memory or to sign the online guest registry. Services will be private.

To order memorial trees or send flowers to the family in memory of Franklin Herbert Maxwell, Jr., please visit our flower store.