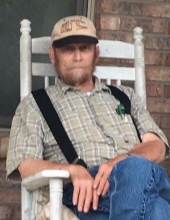 Fred graduated from Plainfield High School in 1965 and proudly served in the United States Army during the Vietnam War. He later graduated from Vincennes University, and armed with an incredible work ethic, he was employed as a journeyman electrician for the Allison Division of General Motors for over 41 years, retiring in 2007. Always interested in being a strong provider for his family, it was not uncommon for Fred to work 80 hours a week.

His community was also important to Fred. He was a 50+ year member of the First Christian Church, where he served as deacon, trustee, and taught junior high Sunday School. He was a volunteer firefighter for Monroe Township, served on the Morgan County Civil Defense, and the Johnson County EMS Association. He was also on the Mooresville Fire Department and was instrumental in bringing emergency management service to the Brown Township Fire Department. Fred was an avid Ham Radio operator. His handle was KD9ZR, and he always looked forward to connecting with other operators in other countries. During his retirement years, Fred was an active volunteer with Churches in Mission and always looked forward to his morning discussion group at Camby McDonalds. Fred was an accomplished gardener and enjoyed trains; he had an impressive Lionel train layout at one time. Above all, he was a family man who delighted in keeping up with his daughters, bonus daughters, and grandchildren. Fred will be fondly remembered for his kind and generous nature.

In addition to his parents, he was preceded in death by a sister, Dottie Trout; nephews, Trevor Trout, Richard Trout, and Ryan Reach.

Fred’s Life Celebration® Visitation will be held Thursday, January 5, 2023, 5 to 8 p.m., at the Carlisle – Branson Funeral Service & Crematory, Mooresville. Additional visitation is scheduled for Friday, January 6, 2023, 10 – 11 a.m., in the First Christian Church, 525 N. Indiana Street, Mooresville. Services will begin at 11 a.m., with burial following at White Lick Cemetery. Memorial contributions may be made to the Churches in Mission. Visit www.CarlisleBranson.com to share a favorite memory or to sign the online guest registry.

To order memorial trees or send flowers to the family in memory of Frederick H. Cordes, please visit our flower store.