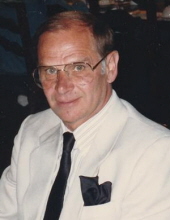 Harold Wayne Stanley, 80, of Mooresville, passed away November 19, at The Gathering Place in Plainfield, surrounded by family members. He is survived by his beloved sister Martha Lee Kellems, many nieces and nephews and friends.

He was born August 21, 1941, in Plainfield, Indiana, the son of Harold Horton and Iva Marie (Dailey) Stanley who both preceded him in death.

Wayne, as he was known to those closest to him was also preceded in death by his siblings Edith Swinney, Betty Johnson, Alice Earles, Anna Turner, Robert Stanley, and Donald Stanley.

He was a 1959 graduate of Plainfield High School. Wayne began working at the Allison Division of General Motors in 1962. He retired from there in 1992. He was also a member of the National Guard.

Wayne enjoyed buying and renovating houses – living in and working on a total of 29 different homes in his lifetime. His favorite game was golf and he loved watching basketball. He also spent time painting, listening to music, singing, and collecting and driving automobiles. He was a collector of record albums and antiques. Wayne’s constant companions were his beloved cats, Heckyl and Jeckyl.

Calling will be at Carlisle - Branson Funeral Service & Crematory, 39 E. High St., Mooresville, Wednesday, November 24, 2021, 11 a.m. to 1 p.m. There will be a remembrance there following at 1 p.m. Entombment will be at Maple Hill Cemetery, Plainfield. Visit www.CarlisleBranson.com to share a favorite memory or to sign the online guest registry.

To order memorial trees or send flowers to the family in memory of Harold Wayne Stanley, please visit our flower store.