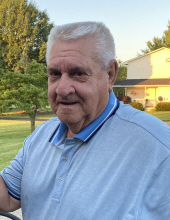 Mooresville, IN – Herman Ray Gross passed away on September 20th, 2022 at the age of 76. He was born in Jackson, Kentucky to Edgar and Mary Gross on March 7th, 1946. He married the love of his life, Zelma Sue Haddix on March 5th, 1966 beginning their 56 year marriage journey.

Herman was a member of Local 4315 Steelworkers union with his career at Carrier extending over three decades before his retirement. He was also a proud member of the First Separate Baptist Church in Christ of Indianapolis for over thirty years; his faith in God being a major part of his entire life.

Herman occupied his time away from church and work, especially after retirement, with several passions. He could often be found tending to his herd of goats or working in his garden. Herman was often seen on the back of his tractor or on his lawn mower working on his property. When he wasn't outside, he enjoyed cheering on the University of Kentucky basketball team, the Pacers, and the Colts. Working with his son Tim, he expressed his creativity through woodworking, often creating pieces for family and friends. Most of all he found joy in that time he spent with his family.

Herman is preceded in death by his parents, Edgar and Mary Gross; stepmother Bessie Gross; and brother J.B. Gross.

To order memorial trees or send flowers to the family in memory of Herman Ray Gross, please visit our flower store.