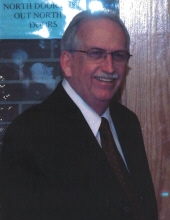 Jim graduated from Mooresville High School in 1962, where he was an accomplished basketball player. He also played basketball at Franklin College, from which he graduated in 1966. Jim earned a master’s degree from Butler University. A strong believer in education, Jim devoted his life to children. He first worked in the Lebanon School Corporation as a teacher and assistant principal at Perry-Worth Elementary School and as principal of Central Elementary School. Jim returned to Mooresville in the late 1970s and became a teacher briefly at North Madison Elementary School before being named principal there. He retired from Newby Elementary School, where he served as principal for many years. After he retired from the school, he became part of the valued staff at Carlisle – Branson Funeral Service & Crematory, working as a service assistant. Jim enjoyed this job immensely, and his warm personality was a great asset in putting people at ease as he worked in the funeral home setting.

Jim was inducted into the Mooresville High School Athletic Hall of Fame in 2005. He served on the Boys & Girls Club Board of Directors and the Mooresville Park Board. Jim was a former active Kiwanis member and was always a strong proponent of the Key Club in the schools. When he took a break from educating children, he loved to play golf and travel with his wife Dana. Jim will be fondly remembered by his loving family, many friends, and former students.

In addition to his parents, he was preceded in death by a brother, Michael E. Forester.

Jim’s Life Celebration visitation will be Sunday, March 27, 2022, from 2 to 5 p.m., at the Carlisle – Branson Funeral Service & Crematory. The funeral service will begin at 11 a.m. on Monday, March 28, 2022, at the funeral home, with Jeff Faull officiating. Cremation will follow services. Memorial contributions may be made to the Boys & Girls Club of Morgan County, American Heart Association, or the American Cancer Society. Visit www.CarlisleBranson.com to share a favorite memory or to sign the online guest registry.

To order memorial trees or send flowers to the family in memory of James H. Forester, please visit our flower store.