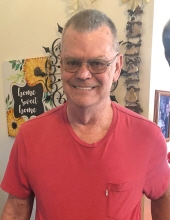 James L. Benge, 71, Mooresville, passed away peacefully at home January 9, 2021. James was born November 24, 1949, in Indianapolis, the only son of the late Leslie and Zona (Brashear) Benge.

He met Debra Hunt during his freshman year at Monrovia High School, graduated in May of 1969, and married his high school sweetheart and best friend in June of 1969. Through the years, he worked for Lilly Industrial Coatings, Norris, Berling Electric and Quaker. After pursuing a job at Eli Lilly and Company for years, James was hired there in 1990 and retired in 2010. In addition to working hard to provide for his family, James’ greatest and most loved hobby circled around his grandchildren. He knew and understood the importance of being present – he spent much time on the sidelines of football and basketball games through the years. The gentle giant, the rock, the bear, and Debbie’s best friend will be forever remembered by his loving family and friends.

In addition to his parents, he was preceded in death by sisters, Joyce Reid, Kathy Benge, Clarice Benge, and Karen Meinjohans.

A gathering of family and friends will be held on Wednesday, January 13, 2021, in the chapel at Carlisle – Branson Funeral Service & Crematory, Mooresville. All guests attending visitation and/or services will be required to wear a mask at all times in an effort to promote a safe environment. Memorial contributions may be made to the American Cancer Society or to the Leukemia & Lymphoma Society. Visit www.CarlisleBranson.com to share a favorite memory or to sign the online guest registry.

To order memorial trees or send flowers to the family in memory of James L. Benge , please visit our flower store.