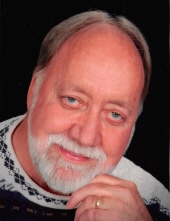 James Raymond (“Maggie”) Musters, 74, of Plainfield, Indiana, passed away on Saturday, February 26, in Indianapolis, from complications of pneumonia and Parkinson’s disease. Anyone else fighting Parkinson’s Disease would have gone quietly, but Jim fought his illness until the bitter end. St. Elizabeth Ann Seton once said, “Afflictions are the steps to heaven.” Jim certainly had his afflictions, having survived front-line combat in Vietnam, very serious heart surgery, pneumonia, Parkinson’s, and much chronic pain throughout his life. But Jim was always the first person to ask about your welfare, your illness, your trouble, your children and grandchildren. After the life he led, Jim’s steps to heaven should be a very short walk.

Born August 7, 1947, in Indianapolis, Jim grew up in Belleville, Indiana. A basketball and softball star at Cascade High School, Jim graduated in 1965. Jim and his brother Steve ran the Plaza Shell Service Station in Plainfield for many years. Jim retired from Crown Equipment in Plainfield in 2015.

Always on the move, Jim packed a lot of living into his almost 75 years on earth. But he also took to heart Jesus’ words in John, Chapter 10, Verse 10: “I came so that they might have life and have it more abundantly.” Jim had traveled all over the world, served as a Sergeant in the U.S. Army during the Vietnam war, ran a successful service station business, and was a much sought-after batter for numerous adult softball leagues. But Jim would trade it all to spend a quiet evening with his loving wife, Jan; host a backyard barbecue for his friends; cheer on his kids and grandkids at sporting events, concerts, and church celebrations; or spend prayerful time in the St. Thomas More Parish Adoration Chapel.

Jim was a devout Catholic and faithful member of St. Thomas More parish, active in youth ministry, Bible Study, Adoration Chapel, and many other activities. His faith was very important to him. Jim worked very hard to learn more about his faith and was never shy about sharing his faith journey with others.

Jim, also known as “Jimbo,” “Maggie,” and “Papa,” never met a stranger. He could talk your ear off with interesting stories and tall tales even as he was losing his own hearing, giving his friends and family many opportunities to repeat themselves after Jim’s booming “WHAT DID YOU SAY??” came ringing through the air. He loved drag racing, the Cincinnati Reds, Notre Dame Football, NCIS, and classic Westerns. Jim also treasured the company of his animal co-conspirators: Peyton, the Faithful Himalayan Mouser; King, the Somewhat Skittish Standard Poodle; and Kaiser, the Pretty Powerful Puppy. Jim was a night owl who easily persuaded family and friends to join him for late-night runs to Sonic or Culvers for the chocolate shakes he loved. A master woodworker, Jim was especially proud of the elaborate treehouse he built for his grandchildren. Jim was often the first person you asked for advice if you had car trouble since he could usually identify the source of your trouble without using fancy gauges and sensors. Generous to a fault, Jim would think nothing of picking up the tab for a group of friends or family at his favorite restaurant, The Coachman, where he enjoyed his breaded mushroom appetizers, Brad’s BLT sandwich, and a Crown and Coke, ALWAYS followed by dessert.

Jim’s sense of humor, kindness, corny jokes, and playful smile made everyone fall in love with him, and the feeling was always mutual. Yet of all the people Jim touched, his most proud achievement was marrying the love of his life, his soulmate, his best friend, Jan, who went along with his antics and energy-packed schedule during the good times and lovingly and tirelessly supported him physically and spiritually during their last days together.

Visitation for Jim will be on Friday, March 4, from 6-9 p.m. at the Carlisle – Branson Funeral Service & Crematory, 39 E. High St., Mooresville. Rosary will be prayed at 8 p.m. Reverend Jude Meril Sahayam will celebrate the Mass of Christian Burial on Saturday, March 5, at 10 a.m. at St. Thomas More Catholic Church, 1200 N. Indiana Street, Mooresville. Visitation at the church will be at 9 a.m., one hour before Mass. Interment will be at Clayton Cemetery in Clayton, Indiana, on Saturday, March 5, immediately following the service.

To order memorial trees or send flowers to the family in memory of James R. "Maggie" Musters, please visit our flower store.