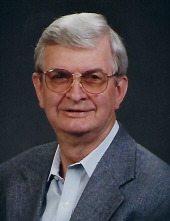 James Robert Cox, 85, of Mooresville, died March 14, 2021. Jim was born on May 19, 1935, in Marshall, Illinois. He was the son of the late Robert Wayne Cox and LaFern L. (Stewart) Cox. He was a graduate of the Mooresville High School class of 1953. After high school, Jim served eight years in the U.S. Naval Reserves. In May 1998, he retired from Peerless Pump of Indianapolis where he worked for 40 years and was the Eastern Regional Building Trade Sales Manager, receiving many Salesman of the Year awards. Also in 1998, he received the award for the International Who’s Who of Professional Management. In 2004, Jim received an award from the Community Foundation of Morgan County. He was a long-time member of the American Legion and the First Christian Church in Mooresville.

Jim enjoyed life to the fullest, attending many Indianapolis Indian games for several years, and rooting for the Indianapolis Colts. He and Carolyn loved watching college Big Ten basketball, and he loved baseball season. Jim was close to many of his 1953 high school classmates and was active in setting up many trips, dinners, and Euchre games with his and Carolyn’s friends. Jim loved the Lord, his family, and friends very much and will be greatly missed by all.

Visitation will be Thursday, March 18, 2021, 12 Noon - 2 p.m., at the Carlisle - Branson Funeral Service & Crematory, Mooresville. Memorial services will follow at 2 p.m., with inurnment at White Lick Cemetery. Memorial contributions may be made to the Morgan County Humane Society, https://www.mchumanesoc.org/donate.html. Envelopes will be available at the funeral home. Visit www.CarlisleBranson.com to share a favorite memory or to sign the online guest registry.

To order memorial trees or send flowers to the family in memory of James Robert Cox, please visit our flower store.