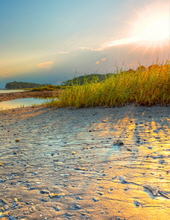 51, of Indianapolis, passed away on April 21, 2022. Jeff attended Thomas Carr Howe High School in Indianapolis and went on to study Communications at Vincennes University. Jeff enjoyed spending time in Gatlinburg and the Smokey Mountains. He LOVED ALL domestic cats and many times could be found taking in neighborhood strays. He married the love of his life, Lorrie Wyatt in 1996 and they were married over 25 years. Jeff was an avid sports fan and could be found on a Sunday afternoon watching his “Indianapolis Colts”. He also spent time “gaming” and using You Tube for entertainment purposes, along with watching All Elite Wrestling.

Jeff is survived by his loving wife; Lorrie Wyatt and his brother; John Brooks.

There will be a Celebration of Life scheduled for Jeff at a later date.

Funeral arrangements and cremation have been entrusted to Carlisle-Branson Funeral Service and Crematory. Condolences can be left for Jeff’s family at www.carlislebranson.com

To order memorial trees or send flowers to the family in memory of Jeffrey L. Wyatt, please visit our flower store.