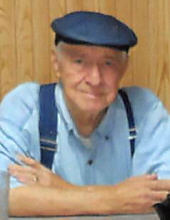 Jerry L. Perry
77, of Mooresville, passed away on October 21, 2020 at St Francis Hospital in Indianapolis. Jerry was born January 8, 1943 in St. Charles, Virginia to the late Ora (Keith) and Virgil Perry.

In addition to his parents he was preceded in death by his wife Rose Perry to whom he was united in marriage on April 3, 1976 and was happily married 36 years until her passing in 2013. Also, brothers Jack Perry, Billy Joe Perry and sister Sue Moyer preceded him in death.

Jerry proudly served his country in the U.S. Army during Vietnam. After service, he returned to Indiana where he worked for Indianapolis Power and Light in Martinsville for 29 years before retiring. A faithful man, he was a member of the Centerton Christian Church as well as a member of the Mooresville Masonic Lodge #78. In his spare time, he enjoyed spending time with his family, reading Westerns, watching college sports on TV and having coffee with his friends at McDonalds.

He is survived by his daughter, Amy Stillwell and her husband Tony of Camby; and 2 grandchildren Hayli and Andrew Keith.

Visitation will be held on Monday, October 26th from 5-8pm at Carlisle Branson Funeral Service & Crematory, Mooresville, with funeral services Tuesday, October 27th at 11am in the funeral home. Burial will follow the services in White Lick Cemetery. Mooresville.

To order memorial trees or send flowers to the family in memory of Jerry L. Perry, please visit our flower store.