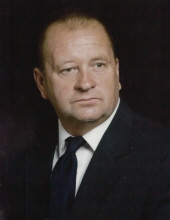 Jimmie Donald Neitzel, 84, lifelong Morgan County resident, passed away peacefully at home December 16, 2021. Jimmie was born October 12, 1937, in Indianapolis, to the late Arthur William and Mary (Hamilton) Neitzel. He was the oldest of three siblings, JoAn Rocks and Donna King. He married his high school sweetheart, Carolyn Timberman, who died two years later. They had one son, Roger, who died in 2012. On February 11, 1961, Jimmie married Uzella Pennington. They had four children: Marcia Trusty, Marlene Neitzel, Bryan (Tia) Neitzel, and Mandy (David) LaVullis. Uzella preceded him in death in 2001.

Jimmie graduated from Mooresville High School in 1955. He spent his childhood helping his grandpa on his farm just outside Mooresville. This cultivated a love for farming, the land, animals & nature that he passed down to his children and grandchildren. He was a champion for youth and participated in Morgan County 4H for over 25 years. He also served on the Mooresville Consolidated School Board for 20 years.

Always a hardworking man, Jimmie retired from Citizens Gas (now Citizens Energy) after more than 37 years of employment. He and his friend, Bob Wilson, formed Bob & Jim’s Heating & Cooling. He did not believe in idle hands and continued to farm and do service calls until he went on hospice. Jimmie loved to travel and was fortunate enough to have visited most of the country and parts of Europe and Canada.

In addition to his four children, he is survived by a sister, Donna King; 10 grandchildren; 15 great grandchildren; and a slew of others who also knew him as Dad or Pappaw.

He had a deep love and appreciation for cars, especially classics. He never turned down an opportunity to attend a car show. In line with his favorite saying, “Loud pipes save lives,” his final request will be met as his last ride will be taken in the bed of a truck with a rumbling procession.

Jimmie’s Life Celebration® Visitation will be Tuesday, December 21, 2021, 4 to 8 p.m., at the Carlisle – Branson Funeral Service & Crematory, Mooresville. The funeral service will begin at 11 a.m., Wednesday, December 22, 2021. Burial will be in Forest Lawn Memory Gardens, Greenwood. In lieu of flowers, Jimmie’s requested that flowers be sent to a nursing home in his memory to brighten the lives of the residents. Visit www.CarlisleBranson.com to share a favorite memory or to sign the online guest registry.

To order memorial trees or send flowers to the family in memory of Jimmie Donald Neitzel, please visit our flower store.