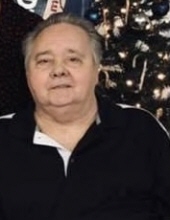 John Thomas Upton
78, of Mooresville, passed away on February 3, 2021 at his home, surrounded by his family. John was born on October 11, 1942 in Bowling Green, KY to the late James and Cathleen (Miller) Upton.

John worked for Herff Jones Company for 28 years, before retiring in 2004. John was a private man, who enjoyed spending time with his family, raising German Shepherds and loved animals of all kinds. He attended Spring Hill Christian Center.

In addition to his parents he was preceded in death by his sisters Juanita Cline and Agnes Upton.

A celebration of John’s life will be held at a later date in the spring, once conditions allow family and friends to safely gather once again.

To order memorial trees or send flowers to the family in memory of John Thomas Upton, please visit our flower store.