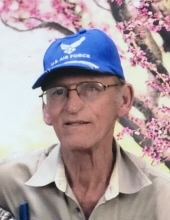 John W. Clayton
73 of Eufaula, AL, formerly of Mooresville, passed away on August 9, 2020 at St Francis Hospital in Indianapolis, following a short illness. John was born on March 25, 1947 in Bloomington, Indiana to the late Patsy (Summit) and Ralph Wesley Clayton.

John proudly served his country, retiring from the U.S. Air Force after several years of service. He then worked as a supervisor at Rolls Royce Allison before retiring in 2007. He enjoyed spending time with his family, fishing, camping and keeping up on current events by watching Fox News until falling asleep in his favorite chair. He was the Past Commander of American Legion Post #103 in Mooresville.

In addition to his parents, he was preceded in death by a sisters, Kathy Ann Simmons and Nina Nail.

Visitation will be held on Saturday, August 15th from 2-5pm at Carlisle Branson Funeral Service & Crematory, Mooresville, with military honors at 5:00pm on Saturday at the funeral home.

To order memorial trees or send flowers to the family in memory of John W. Clayton, please visit our flower store.