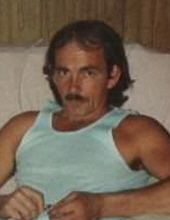 Leslie Dean Foirster
67 of Camby, passed away on May7, 2022, at his home, surrounded by his family. Leslie was born on October 1, 1954 in Friendsville, Tennessee to the late James Wilson Foirster and Faye (Davis) Foirster.

Leslie proudly and honorably served in the U.S. Navy during the Vietnam War. He was known as a hard worker and a Jack of all trades as Leslie was very talented with any mechanical in nature. He worked as a Boiler Operator and electrician and a well digger was among his many jobs over the years. A private man, he enjoyed just being with his family and spending time with them.

In addition to his parents, he was also preceded in death by his sister Alice, and a great grandson Landon.

It was his wish that he be cremated with no formal services being observed, and to simply be scattered in his home state of Tennessee among his family.

To order memorial trees or send flowers to the family in memory of Leslie Dean Foirster, please visit our flower store.