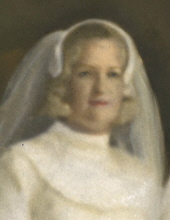 Marica proudly served in the United States Airforce from 1973-1975, and from 1979-1984. She retired to the Air Force reserves as Major in 1984. During her career she was stationed in South Korea, the Wright Patterson AFB in Ohio, and the Grissom ARB in Indiana. Marcia worked for the U.S. Department of the Treasury as an I.R.S. tax auditor until her retirement. The hobbies she enjoyed most were knitting, puzzles, and reading detective novels.

Marica will be remembered for her unfailing generosity and her very big heart. Her absence will be felt not only by the loving family she leaves behind, but the many stray cats she cared for and adored.

Marcia is survived by her brothers Robert Farrell of Paragon, IN and Brian Farrell of Lebanon, TN; sisters, Janis Tuttle of Martinsville, IN and Erin Farrell of Indianapolis, IN; and her many nieces and nephews.

Visitation is on Tuesday, March 30, 2021, 10 a.m. to 12 p.m., at Carlisle-Branson Funeral Service and Crematory. Following visitation, procession to White Lick Cemetery for burial. Please visit www.CarlisleBranson.com to share a favorite memory or to sign the online guest registry.

To order memorial trees or send flowers to the family in memory of Marcia F. Loop, please visit our flower store.