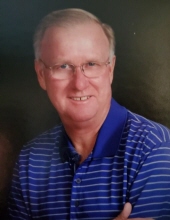 Michael J. Mattingly
73 of Mooresville, passed away on July 10 2022, at his home, surrounded by his family. Michael was born on August 18, 1948 in Washington, Indiana to the late Norbert Mattingly and Virginia (Schultz) Mattingly.

Michael was united in marriage with Brenda D. (Arvin) on November 25, 1967 and were married over 54 years. Together they had two sons Tony and Mark. He began his career with the government in 1974 at Naval Avionics Warfare Center as a heating and air conditioning mechanic. After holding various other positions, he transferred to Crane where he worked as the Comptroller for the Crane Naval Surface Warfare Center, until his retirement in 2005.

Michael enjoyed golfing, camping, and traveling to their favorite spots of Lake Dogwood, Arizona and Panama Beach, Florida. He was a long-time parishioner of St Thomas More Catholic Church in Mooresville, where he was a 4th degree member of the Knights of Columbus. He was also a member of the Moose Lodge.

In addition to his parents, he was also preceded in death by a sister, Sue Nahler.

Family and friends will gather to celebrate Michael’s life on Wednesday, July 13th from 4-8pm at Carlisle Branson Funeral Service & Crematory, Mooresville. Additional visitation will be held on Thursday, July 14th from 9am-10:30am at the funeral home. A Mass of Christian Burial will be held on Thursday, July 14th at 11am at St Thomas More Catholic Church, 1200 N. Indiana Street, Mooresville, IN 46158. His wishes were to be cremated following the services.

Memorial contributions are encouraged to be made in Michael’s memory to the Alzheimer’s Association of Central Indiana, 50 91st St #100, Indianapolis, IN 46240 https://www.alz.org/indiana or to the St. Thomas More Catholic Church, 1200 N Indiana St, Mooresville, IN 46158, https://www.stm-church.org/ .

To order memorial trees or send flowers to the family in memory of Michael J. Mattingly, please visit our flower store.