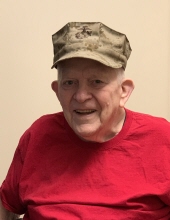 78 of Indianapolis, passed away on October 7, 2022, at Carmel Health & Living. Mike was born on March 10, 1944 in Robinson, Illinois to the late James Lowell Guffin and Helen (Whitinger) Guffin.

Mike grew up on the Westside of Indianapolis and was a proud graduate of George Washington High School, where he was active in basketball, track and cross country and was the Junior Class President. Following high school, Mike enlisted in the United States Marine Corps, honorably serving during Vietnam.

Upon returning home, he worked at Link Belt and for the railroad. It was during this time; he was cruising the Pole on the Westside of Indianapolis and met Joan Williams. He and Joan united in marriage on February 22, 1969 at the West Morris St Free Methodist Church. Together, they had three children, Greg, Kalen, and Garrett.

A natural problem solver, Mike enjoyed the challenge of technology and was a self-taught computer programmer, working for IBM, Artex, Ransburg Corporation and most recently with a couple of accounting firms in Indianapolis. In his younger years, he enjoyed shooting his bow at the range, shooting baskets with his sons in the driveway, playing guitar with his daughter, cheering on his children in all their sports and school activities, as well as he and Joan had their Friday night tradition of getting movies from Video Vault and dinner from Steak & Shake in Nora before going home to watch movies until dawn. He also enjoyed watching IU basketball, Ohio State Football, Indy Car, NASCAR and USAC midgets, sprints, and silver crowns at Terre Haute and Raceway Park, watching Gunsmoke, The Big Valley and other westerns as well as collecting guns and shooting at the range. He was a proud member of the National Rifle Association. He will be remembered for his love of coffee, cheeseburgers, Long's glazed donuts, his quiet demeanor, his wise counsel, his quick wit, and teasing and being the best Papaw to his grandchildren and great grandchild.

In addition to his parents, he was preceded in death by his wife of 44 years, Carolyn Joan Guffin; sisters Charlene Heffner, Penny Krodel; mother-in-law, Bernice Williams, sisters in law Jean Boston, and Judy Merriman.

Family and friends will gather for Mike’s Life Celebration® visitation on Tuesday, October 11th from 4pm-8pm at Carlisle Branson Funeral Service & Crematory, Mooresville. Services will be held on Wednesday, October 12th at 11am in the funeral home. Burial will follow the services in Crown Hill Cemetery, Indianapolis, with military honors.

To order memorial trees or send flowers to the family in memory of Michael L. Guffin, please visit our flower store.