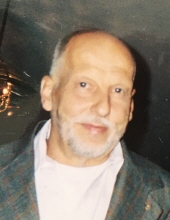 A resident of Mooresville since 1963, he attended Mooresville High School and later earned his GED. Myron was employed at Whiteford Leasing, IUPUI, and also at Crete Carrier for twelve years. He was a member of the Mooresville Masonic Lodge #78. Myron was a knowledgeable and very capable mechanic who enjoyed spending time in his garage and attending car shows. His friendly and personable demeanor created a large circle of friends. He was a regular fixture at the local McDonalds and at Poe’s, where he was affectionately referred to as the unofficial Mayor of Mooresville. Myron will be fondly remembered by his loving family and friends.

In addition to his parents, he was preceded in death by two brothers, Jerry and John Westenhofer; half-brother, David Jester; half-sister, Fern Clark.

Visitation will be Monday, August 3, 2020, 4 to 8 p.m., at the Carlisle – Branson Funeral Service & Crematory, Mooresville. The funeral service will begin at 11 a.m., Tuesday, August 4, 2020, at the funeral home. Burial will be in the Mooresville Cemetery. Memorial contributions may be made to the Churches in Mission. Visit www.CarlisleBranson.com to share a favorite memory or to sign the online guest registry.

To order memorial trees or send flowers to the family in memory of Myron R. Westenhofer, please visit our flower store.