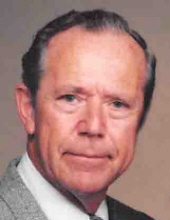 90, of Mooresville, passed away on June 6, 2022. Norman was born to the late George & Catherine (Kissel) Rexing in St. Wendell, Indiana on January 2, 1932. Norman was a veteran of the United States Air Force during the Korean War. He ran Victor Apple Orchard in Bloomington, Indiana with his wife when he was younger from 1989-1997. He was a long time parishioner of St. Thomas More Catholic Church and a member of the American Legion in Spencer, Indiana as well as the Mooresville VFW # 1111. Norman was an Air Traffic Controller and worked for Indianapolis Air Route Traffic Control Center for over 36 years until his retirement in 1991. He also taught Air Traffic Control in Oklahoma City. Norman enjoyed traveling, woodworking and fishing in Canada. His true love was gardening. Whether it be plants, fruits or vegetables, he certainly had a green thumb!

Norman is preceded in death by his loving wife Sondra who passed away in 2005, son; Todd R. Rexing and his 8 siblings.

Visitation will be held at Carlisle-Branson Funeral Service & Crematory on Thursday, June 16, 2022 from 5:00pm-7:00pm. Funeral Mass will be held on Friday, June 17, 2022 at Holy Cross Catholic Church in Fort Branch, Indiana at 11:00am (Central Standard Time), with viewing one hour prior to the start of Mass. Burial will follow at Holy Cross Cemetery.

In lieu of flowers memorial contributions can be made in Norman's honor to:
Brookdale Hospice Memorial Fund
9300 Purdue Rd. Ste: 100
Indianapolis, Indiana 46268


Funeral arrangements and cremation have been entrusted to Carlisle-Branson Funeral Service.. Condolences can be left for Norman's family at www.carlislebranson.com

To order memorial trees or send flowers to the family in memory of Norman J. Rexing, please visit our flower store.