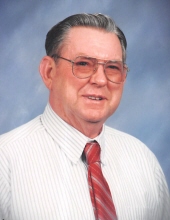 Lee graduated from Newberry High School in the last graduating class. Armed with a strong work ethic, he was the owner and operator of his own service station for several years in Newberry. He later worked as a truck driver for Associated Truck Lines for many years. He retired at age 57 and enjoyed many years of retirement with his loving wife, Rosemary. They traveled to all 50 states and also internationally. He was an avid IU and Pacer basketball fan and longtime member of Marwood Baptist Church. Lee will be fondly remembered by his loving family.

In addition to his parents, he was preceded in death by siblings, Virginia, John, Bonnie, Dick, Ralph, and Marjorie.

Visitation will be Thursday, September 2, 2021, 10 am to 12 Noon at the Carlisle – Branson Funeral Service & Crematory, with services following at 12 Noon. Burial will be in Prairie Chapel Cemetery, near Bloomfield. Visit www.CarlisleBranson.com to share a favorite memory or to sign the online guest registry.

To order memorial trees or send flowers to the family in memory of Norval Lee Malone, please visit our flower store.