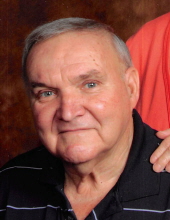 Paul was a member of the Scotland Christian Church. Paul was a deacon of the church for many years. He was a truck driver for Cisco Feeds for over 40 years. Paul enjoyed tractors; he was known to have quite a few of them in the barn. He is going to be greatly missed by his family and friends.

He was preceded in death by his wife, Joyce Jones; and son, John Jones.

Per Paul’s request no service will be observed. Cremation and final arrangements are entrusted to Carlisle Branson Funeral Service & Crematory, Mooresville. Please visit www.carlislebranson.com to sign the guest book or to share a memory.

To order memorial trees or send flowers to the family in memory of Paul J. Jones, please visit our flower store.