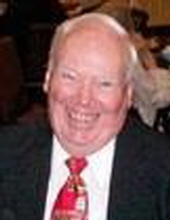 In addition to his parents he was preceded in death by his wife Margaret Allred; daughters Arlene Kay Allred and Ann Elizabeth Allred Jones.

Bob proudly served his country in the U.S. Army as a part of the 71st Infantry, during World War II. After service, Bob continued his education at DePauw University, where he earned a Bachelor’s Degree and later earned his Master’s in Divinity from The Garrett School of Theology in Evanston, IL.

Visitation will be held on Saturday, Oct. 24th from 12-3pm at Carlisle Branson Funeral Service & Crematory, Mooresville, with a graveside service to follow at 3:30pm in Mooresville Cemetery, where he will be laid to rest next to his beloved wife, Margaret.

Memorial contributions are preferred to be made IN Rev. Bob Allred’s memory to the United Methodist Foundation of Indiana, 8401 Fishers Center Dr. Fishers, Indiana 46038.

To order memorial trees or send flowers to the family in memory of Rev. William R. "Bob" Allred, please visit our flower store.