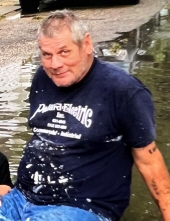 Rex worked as a mechanic and handyman for Pollard Electric for over 20 years. He was a hardworking, family man, who loved spending time with his grandkids, enjoyed drinking a cold Budweiser and cheering on his Auburn Tigers (even against his families wishes) ….WAR EAGLE! He also enjoyed fishing, playing Spades and Euchre with family and friends.

In addition to his parents, he was also preceded in death by his son Jason Ivey and a sister, Tricia Ann Ivey.

To order memorial trees or send flowers to the family in memory of Rex Ivey, Jr., please visit our flower store.