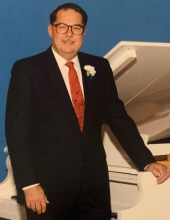 Richard A. Becker, 88, Nokomis, Florida, formerly of Indianapolis, passed away February 24, 2021. Mr. Becker was born October 10, 1932, in Indianapolis, to the late Harry A. and Clara Marie (Chapman) Becker.

He graduated from George Washington High School, where he was a member of the National Honor Society and Butler University in 1955, the first to graduate from college in his family. Richard proudly served in the United States Air Force and was honorably discharged in 1959. He grew up in a loving, supportive, God-fearing family. Richard began working at Indiana National Bank at age 18; he was employed there for 41 years, retiring as Associate Vice President & Trust Officer. Richard was a compassionate person who quietly helped many people.

In addition to his parents, he was preceded in death by his brother, John Becker; sister, Evelyn Sears.

He is survived by a family that loves him, including his brother, Edward (Deborah) Becker, Sr.; many nieces and nephews.

Visitation will be Thursday, March 18, 2021, 5 to 7 p.m., at Carlisle – Branson Funeral Service & Crematory, Mooresville. The funeral service will follow at 7 p.m. On Friday, March 19, 2021, 1 p.m., the final committal prayer will be said at Crown Hill Cemetery. Memorial contributions may be made to the Salvation Army. Visit www.CarlisleBranson.com to share a favorite memory or to sign the online guest registry.

To order memorial trees or send flowers to the family in memory of Richard A. Becker, please visit our flower store.