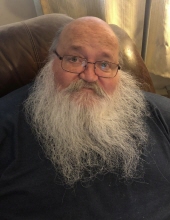 Richard A. Stone
69 of Martinsville, passed away on March 23, 2022 at home. Richard was born on April 15, 1952 in Indianapolis, Indiana to the late Charles Stone and Gladys Mae (Floyd) Stone.

Richard married the love of his life, Linda (Adkins) Stone, on October 18, 1979. They were married for almost 43 years. Richard worked as a mechanic on heavy duty trucks for the City of Indianapolis for 38 years, before retiring in 2010. He enjoyed racing stock cars at Kitley Speedway in his younger years and more recently, he would build model cars and racing RC cars. He also enjoyed following NASCAR and Dale Earnhardt Sr., Kyle Busch, and Chase Elliott.

However, it will be his sense of humor that will be missed. Always the prankster, he enjoyed playing practical jokes on coworkers, friends, and family every chance he could. He will be missed by his loving family and friends.

In addition to his parents, he was preceded in death by a daughter, Reneé Stone, siblings Jack Stone, Charles Stone, Linda Stone, Kenneth Stone and his grandson Tim Moore Jr. (T.J.).

Family and friends will gather to celebrate Richard’s life on Tuesday, March 29th from 12-2pm at Carlisle Branson Funeral Service & Crematory, Mooresville, with services beginning at 2pm Tuesday in the funeral home. Burial will follow the services in Bluff Creek Cemetery.

To order memorial trees or send flowers to the family in memory of Richard A. Stone, please visit our flower store.