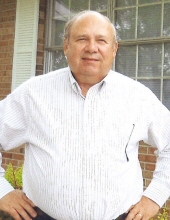 Rich graduated from Sherrard High School in Illinois and graduated with a double major in history and international economics from Iowa State University. He enjoyed a successful career in restaurant management with Pizza Hut as an area supervisor. When the family settled in Warsaw, Indiana, Rich owned and operated Pickerman’s Deli for several years before retiring.

A devout Catholic, Rich was a longtime parishioner at St. Thomas More Catholic Church in Coralville, Iowa and Sacred Heart Catholic Church in Warsaw, Indiana. While at Sacred Heart, Rich served as Grand Knight of the Knights of Columbus. He always enjoyed the brotherhood of the Knights and took pride in working on the various projects of the councils. He served as the Life Director for Council #7431 in Mooresville and worked hard to ensure that the Baby Box Project became a reality in Mooresville. Rich will be fondly remembered for his kind and approachable manner.

Visitation will begin at 10 a.m., Tuesday, December 13, 2022, in St. Thomas More Catholic Church, 1200 N. Indiana St., Mooresville. Recitation of the Rosary will be led by the Knights of Columbus, beginning at 10:30 a.m. Mass of Christian Burial will follow at 11 a.m., celebrated by Fr. Jude Meril Sahayam. Cremation will follow, and inurnment will take place later in Illinois.  In lieu of flowers, the family prefers contributions to St. Thomas More Catholic Church.  Carlisle – Branson Funeral Service & Crematory, Mooresville, is serving the family. Visit www.CarlisleBranson.com to share a favorite memory or to sign the online guest registry.

To order memorial trees or send flowers to the family in memory of Richard G. Weihler, please visit our flower store.