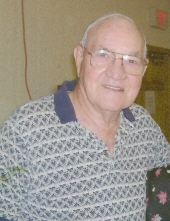 He proudly served in the United States Navy during World War II and was discharged in January 1946. Bob was the co-owner of Deter-Kennedy TV for 30 years, retiring in 1987. He was a member of the Mooresville VFW Post 1111 and the American Legion Post 103. Bob was actively involved at the Mooresville Eagles, where he served as past president, secretary, and trustee. He was also affectionately known as “Bingo Bob” at the Eagles, where he called Bingo for several years. He also enjoyed bowling and golf. Bob’s memory will be forever cherished by his loving family.

In addition to his parents, he was preceded in death by his wife, Josephine Jean (Calandra) Kennedy; brothers, Harry Jr., Lyle, and John Kennedy.

Visitation will be Sunday, October 24, 2021, 2 to 5 p.m., at the Carlisle – Branson Funeral Service & Crematory, Mooresville. The funeral service will begin at 11 a.m., Monday, October 25, 2021. Burial will be at White Lick Cemetery. Visit www.CarlisleBranson.com to share a favorite memory or to sign the online guest registry.

To order memorial trees or send flowers to the family in memory of Robert "Bob" Kennedy , please visit our flower store.