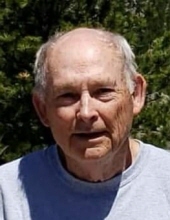 Robert E. “Bob” Howard
82, of Mooresville, passed away on May 11, 2021 at St Francis Hospital in Indianapolis. Bob was born on January 20, 1939 in Bloomington, IN to the late Sarah Blanche (Moore) and Robert H. Howard.

Bob proudly served in the U.S. Navy during Vietnam. A personable man, Bob used his communication skills and warm smile to craft a long and successful career in marketing for Graham Electronics and Diversified Systems.

He married Sharon A. (Bellamy) on April 20, 1992 and were married for over 25 years at the time of her passing in 2017. Bob and Sharon were long time and faithful members of the Plainfield United Methodist Church. Bob enjoyed traveling and enjoying the great outdoors hiking and camping.

In addition to his parents and wife, he was also preceded in death by his sister Doris Pursel.

Memorial contributions may be made in Bob’s memory to the Plainfield United Methodist Church, 600 Simmons St. Plainfield, IN 46168.

To order memorial trees or send flowers to the family in memory of Robert E. "Bob" Howard, please visit our flower store.