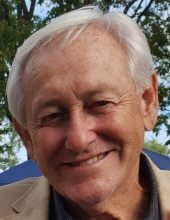 Ron was a strong Christian and a member at Gasburg Baptist Church. He was also member of the Electrical Union 481, Martinsville Lodge #74 F. & A.M., Scottish Rite, Martinsville Bass Club, Fishers of Men, and Central Indiana Bass Association. Ron enjoyed being in the outdoors. In his early years he raced dirt cars, was an avid hunter and fisherman, playing guitar and riding his Dixie Chopper. Ron was a kind, social man who could never meet a stranger. His biggest pride and joy in life was his family. He is going to be dearly missed by his loving family and friends.

He was preceded in death by his mother, Sarah Hendren; grandchildren, Jennifer and Logan Kingsbury, and Nathan Sutherland; siblings, Paul Kingsbury and Susan Brooks.

Visitation will be Monday, April 12, 2021, 4 to 8 p.m., at the Carlisle – Branson Funeral Service & Crematory, Mooresville. The memorial service will begin at 2 p.m., Tuesday, April 13, 2021, at the funeral home. Pastor Jack Elliott will officiate. Inurnment will be at Mt. Pleasant Cemetery, Hall, Indiana following the service. While flowers are welcome, memorial contributions may be made out to American Cancer Society. Visit www.CarlisleBranson.com to share a favorite memory or to sign the online guest registry.

To order memorial trees or send flowers to the family in memory of Ronald E. Kingsbury, please visit our flower store.