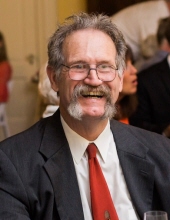 Sgt. Major Steven Lewis Holloway, U.S.M.C.
71 of Mooresville, passed away on February 6, 2022, at his home surrounded by his favorite daughter. Steven was born on July 25, 1950 in Camden, New Jersey to the late Lewis Weber Holloway and Marie (Andriso) Holloway, who survives.

After High School, Steven enlisted in the United States Marine Corps. He quickly rose through the ranks, becoming one of the youngest to earn the rank of Sergeant Major in the Marine Corps, which is the highest rank attainable of an enlisted Marine. He retired after several decades of faithful and honorable service.

Steven enjoyed music and played the guitar. After retirement from the Marine Corps, he bought an old home south of Mooresville to restore. He enjoyed fixing things up rather than buying new.

Family and friends will gather for a Memorial Mass on Friday, March 25th at 10:30am at St. Thomas More Catholic Church in Mooresville. Inurnment will be in Arlington National Cemetery, Arlington, VA.

In lieu of flowers, memorial contributions are encouraged to be made in Steven’s memory to Nazareth Farm, 665 Nazareth Farm Rd, Center Point, WV 26339 https://www.nazarethfarm.org/ or to the Indiana University Jacobs School of Music-Ballet Shoe Fund, 1201 East Third Street, Bloomington, IN 47405, https://music.indiana.edu/ .