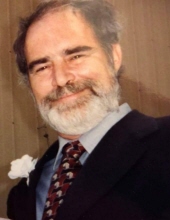 Steven L. Brizendine
69, of Mooresville, passed away on January 27, 2021 at St Francis Hospital in Mooresville. Steven was born on April 3, 1951 in Indianapolis, IN to the late Vaden and Janece (Cour) Brizendine.

Steven worked as a press operator in the printing industry for many years. An avid sports and baseball fan, he enjoyed rooting on his Arizona Diamondbacks as well as tinkering on cars.

In addition to his parents, he was preceded in death by his wife Shirley Brizendine; stepchildren Connie and Kelly and a brother Breck Brizendine.

He is survived by his daughter Michele DeLeon (Dave); step children Chrissy and Paul; brothers Mike (Marilyn), and Mace (Amy Fox); several grandchildren and great grandchildren as well as a host of extended family and friends.

According to Steven’s wishes, he will be cremated and services will be held privately at a later date.

To order memorial trees or send flowers to the family in memory of Steven L. Brizendine, please visit our flower store.