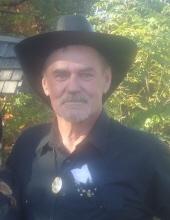 Tommy Henson Jr.
68, of Camby, passed away peacefully on September 19, 2020 at home, surrounded by family. Tommy was born September 15, 1952 in Indianapolis, IN to the late Susanna (Collins) and Tommy Henson Sr.

Tommy was a graduate of Mooresville High School. After high school he worked various jobs including construction and for the Railroad. He was a member of the Rail Workers Union #120. He enjoyed spending time with his family, camping, taking spur of the moment road trips to North Carolina and Tennessee. He was described as a great man who deeply loved his family, but was known as the family jokester as he loved to play practical jokes on them. He will be greatly missed by all who knew him.

In addition to his parents, he was preceded in death by brothers, George “Butch” Henson, John Henson; sisters, Molly Jean Jackson and Joyce Ann Henson.

Visitation will be held on Wednesday, Sept. 23rd from 12-2pm at Carlisle Branson Funeral Service & Crematory, Mooresville, with funeral services beginning at 2pm Wednesday in the funeral home. Burial will follow the services in Forest Lawn Memory Gardens, Greenwood.

To order memorial trees or send flowers to the family in memory of Tommy Henson, Jr., please visit our flower store.