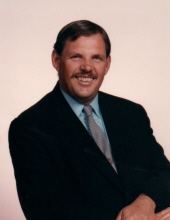 William G. “Bill” Clark
74, of Franklin, passed away peacefully on December 20, 2020 at Walker Place in Shelbyville. Bill was born November 23, 1946 in Washington, IN to the late Wanda and Carl Clark.

Bill proudly served his country in the U.S. Air Force, during Vietnam. After service, he returned home and started a career as a lineman for Indianapolis Power and Light, retiring in 2003. Bill was a member of the American Legion in Mooresville and Franklin and enjoyed bowling, golf and snowmobiling. He and his wife Phyllis were active in the U.S.O. He loved family activities, especially spending time with his grandkids.

In addition to his parents, he was preceded in death by his wife, Phyllis Clark and a stepson John Kelso.

Graveside services will be held on Wednesday, Dec. 23rd at 4:00pm in White Lick Cemetery, Mooresville.

In lieu of flowers, memorial contributions may be made in Bill’s memory to the American Legion Post #205, 1200 Park Ave, Franklin, Indiana 46131

To order memorial trees or send flowers to the family in memory of William G. "Bill" Clark, please visit our flower store.